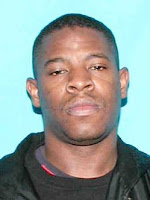 A Bossier Parish jury found Jermaine Dennis, 29, not guilty of forcible rape. Dennis, who has been in jail for the last 14 months was released this afteroon.
Dennis was accused of having forced sex with his girlfriend, while he maintained that it was consensual sex.
A physical exam had found no evidence of violence.
Posted by Jim at 5:00 PM