Hit the Links for the Lions


The Krewe of Aescepius and the Shreveport Red River Lions are sponsoring a charity golf tournament. “Hit the Links for the Lions” will be held October 6th at Meadowlake Golf Club in Keithville.
If you want to help but don’t golf for $10 you can join in for lunch, buy a few raffle tickets and shop the silent auction.
Golfers need to go ahead and get those applications in.
Here is the link for full information.

I've never watched the TV show X-Factor, but I did catch this video today. This young man is amazing, and I'm sure it's not the last we will hear of him.
You have to watch this if you haven't seen it.

Email ThisBlogThis!Share to TwitterShare to FacebookShare to Pinterest
Labels: Shreveport

The Bossier Fraternal Order of Police Lodge 39 and Bossier City Police Local 645 will host a lunch fundraiser Friday, Sept. 21 beginning at 11 a.m. in front of the Bossier City Police Department, 620 Benton Road, to benefit Bossier City Police Officer Chris Davis who has spent these past several weeks battling the West Nile virus.
The money raised Friday will help offset out of pocket medical expenses for Officer Davis.
Lunches of grilled hamburgers, hot dogs, sausage, chips and drinks will be available for purchase to the public as well as to all city employees including police and fire personnel for a donation in the amount of their choice 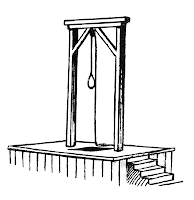 Channel 12 has the complete story.

A message from the Candidates for District Judge

Judge John Slattery
I know that I can do the job of District Judge because I have performed it before! I was previously appointed by the Louisiana Supreme Court to temporarily serve as judge for the 26th Judicial District Court. I have also been temporarily appointed to preside as Bossier City Court Judge. During my twelve year tenure as Springhill City Court and Ward II Judge, I have ruled on almost 40,000 cases and am very proud of the fact that not a single decision from my court has been overturned! In addition, I have served as a Juvenile Drug Court Judge for the past ten years. As a judge, I have presided over felony and misdemeanor cases such as rape, burglary, arson, DWI, and possession of controlled dangerous substances. Furthermore, I have received the honor of being chosen as one of 19 judges from the state of Louisiana to serve on the Board of Governors. This Board provides quality legal education for all of the judges in our state. I have also been elected by my peers as the President of the Louisiana City Judges Association.
In addition to my judicial experience, I have practiced law for 29 years. I
was legal counsel for Citizen Bank and Trust Company, which recently merged
with Citizens National Bank in Bossier. As an attorney, I have represented
doctors, contractors, insurance companies, businesses, and thousands of
individuals. For fifteen years, I worked under Henry Brown as an assistant district attorney for Bossier and Webster Parishes. Additionally, I served as Springhill’s City Attorney for 13 years, and I represented four other municipalities as their attorney before becoming a Judge. I have handled virtually every type of case that a District Judge will hear.
My greatest strength as a candidate is that I do not need any ‘on the job
training’ since I have already performed the job as 26th Judicial District Court
Judge, Ward II Judge, and Juvenile Drug Court Judge for the state of Louisiana. As a judge and attorney, I strive to ensure that everyone is treated fairly and equally under the law. I am the only candidate that has actual judicial experience. As a result, I feel that I possess the necessary experience, qualifications and judicial temperament to be the next 26th Judicial District Court Judge for Bossier and
Webster Parishes. 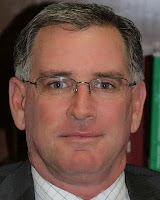 Mike Nerren
Mike Nerren has been a Bossier Parish Resident for over 40 years. After graduating from Haughton High School in 1981, Mike attained a double major in Management and Finance at LSU Shreveport and then a Juris Doctorate from LSU Law School in Baton Rouge.
For the past 18 years Mike Nerren has practiced law both privately and as an Assistant District Attorney for the 26th Judicial District. During this time he has
gained invaluable experience in Domestic, Civil and Criminal Law and has 12 years experience in Juvenile Law having tried over 1,000 cases.
Mike and his wife Suzanne have three children, Chancellor, Laurel and Coleman. As a husband and a father, Mike believes in strong family principles. With his proven record in all areas of the law, his integrity and dedication, there is no doubt that he will be a good choice to serve as District Judge for Bossier and Webster Parishes.
Website
Facebook Page 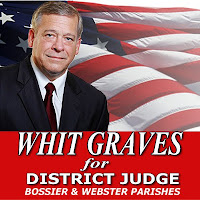 Whit Graves
I have been involved in the legal system for over 35 years as a Louisiana State Police Trooper, undercover narcotics agent, chief prosecuting attorney and private counsel. The vast majority of my career has been in the District Court system with an emphasis on felony jury trials having tried more than 100 successful jury trials. I have practiced before the appellate courts dozens of times, the Louisiana Supreme Court several times, and have been accepted to practice before the United States Supreme Court.
Because of my extensive and varied time in the legal system, I will bring to the Court a unique quality of experience rarely seen in any jurisdiction. My greatest experience is in the administration of jury trials, which I consider to be the most important aspect of our system. Jury trials are where citizens not normally involved in the court system directly impact the parties and issues by deciding the outcome and rendering a verdict. A proper understanding of how to conduct a jury trial is a necessity. Most jury trials are reviewed by the appellate courts and Supreme Court. If a jury trial is not conducted properly, the jury verdict could be overturned and the trial will have to be conducted again. This is not something that can be learned from sitting on a committee. One has to be involved in jury trials to understand how to conduct them.
Jury trials are not held in city courts or juvenile courts and the only felony crimes that can be heard in a city court are juvenile offenses which do not have juries to decide the issue. The longest a juvenile can be held after a city court trial is until he turns 21 years old.
I will be firm and will administer justice based on the law and evidence pertinent to the case before me and not because of the relationships the parties have with politicians or the attorney they employed. While I have sent defendants to the P-farm all the way to Death Row, I have also realized and conducted my decisions based on whether the evidence showed the offender truly set out to cause the harm or just got caught up in a bad situation.
I seek the position of District Court Judge to help improve the court system and head off problems before they fester to the point that solutions may only be obtained through raising taxes. I have proposed an assignment of the six judge positions to 2 criminal, 2 civil and 2 domestic and juvenile. This would allow the judges to keep closer tabs on the cases and caseloads they are assigned to bring the same quality of service in a more efficient, quicker manner. Since I proposed this system, I have learned that the current five judges have considered the same or similar system and are waiting for this election to be finalized before working towards a final decision. I am open to all suggestions and plans with the final objective to better serve the citizens of the district.
Website
Facebook Page
Posted by Jim at 10:02 PM 218 comments:

Donate the Gift of Sight


I will let the excerpt from the website speak for itself. Please give this serious consideration.
The Louisiana Lions Eye Bank is a 501(c)3 non-profit organization whose mission is to help in the restoration of sight to the visually impaired. How do we do this? We match donors with surgeons who are seeking corneas for transplant for their patients.
It is hard to think about donation at the time of death when families are grieving. Because of time constraints, it is vital that we gain their consent as quickly as we can. This is where you can make a huge difference by registering now to become a donor, and making your family members aware of your wishes. This makes it a lot easier for them. In talking with your family, use this information from this site to answer any questions they may have in advance.