Out with the old, In with the new

In the world of politics, Bossier saw some changes in 2011. Lynn Austin is the new City Marshal. Jeff Thompson will be the new representative for District 8 in the State House. Barrow Peacock defeated Jane Smith for State Senate, even though Smith had the strong endorsement of the governor and the state Republican Party. All the better for the district, they now have a state senator who is not beholden to anyone.
Julian Whittington was elected sheriff and will take office in 2012, after Larry Deen announced that he would not run and Doyle Dempsey wisely bowed out before he got started.
Now it’s time to look to 2012 and the presidential & congressional races, along with some local ones. I don’t do a lot on national politics, I stay updated at And So it Goes in Shreveport. Pat is on top of that stuff.
The Town of Benton has a special election for Mayor in March. Interim mayor Wayne Cathcart has announced as well as Ken Shiflett. This one might get interesting.
I haven’t blogged a lot in the last couple of weeks, everyone (including me) has been busy with family and holiday festivities – the truly important things in life.
To everyone who lost someone dear to them this year, our sympathies are with you.
I was blessed with another granddaughter in April, and she is a joy. Welcome to all of the new arrivals, I know that you will all leave this world a better place than you are finding it.

So without a lot of fanfare, I am telling 2011 farewell and saying welcome to 2012.
May all of you have a healthy and prosperous new year.

Email ThisBlogThis!Share to TwitterShare to FacebookShare to Pinterest
Labels: 2011

Peace on Earth, Good Will to Men

So this is Christmas

I'll get back to regular blogging next week.  In the meantime, I'll do a couple of Christmas blogs.
Take a minute and be still and listen to the song, it's a good one.

Who stole the wreath?

Some things are just harder to understand than others.
For instance, I can understand a crackhead stealing his grandmother's microwave to sell for dope.  After all, he is a crackhead and has a serious addiction.
I can understand a deadbeat shoplifting a couple of cans of beer, after all, he is a deadbeat.
I can't understand someone stealing a memorial wreath left for a friend who died in a car accident just a few short months ago.  That is what happened to this memorial wreath left by a friend of Melissa Maggio's at the scene of the accident on Benton Road.
If you have any idea who stole this wreath, please ask them to return it. 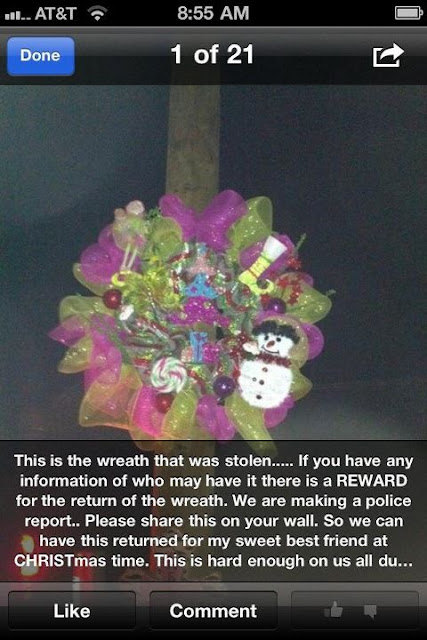 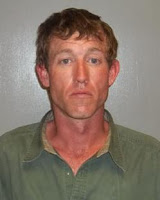 A man was arrested late last night for driving while intoxicated and disturbing the peace drunk.
Brandon Kane Butler, 29, of the 4500 block of Lawndale in Benton, was found in the driver's seat of his parked truck in Legacy Elementary parking lot after 11:00 p.m. last night. Butler stated that he was driving and realized that he was too drunk to do so. He then pulled into the school parking lot and turned his parking lights on. He showed signs of intoxication and performed poorly on the standard field sobriety test.
Butler was arrested and transported to the Bossier Maximum Security Facility for booking. He refused the Intoxilyzer. Butler's bond is set at $1150.
From Bossier Parish Sheriff
Posted by Jim at 12:14 PM 9 comments:

A Princeton man was arrested over the weekend when he was caught traveling east on Highway 80 in Haughton more than 100 miles per hour.
A Bossier deputy tracked on radar 18-year-old Garrett W. Smith of the 1700 block of Allenwood driving his Mustang on Highway 80 near the Haughton Animal Hospital at 102 miles per hour around 11 p.m. Saturday night. The posted speed limit is 55 mph. The deputy pursued the speeding vehicle with his lights and siren activated, but Smith wouldn't stop. Smith turned north on Princeton Road and then stopped on Jennifer Lane. When the deputy made contact with driver, he asked Smith if he saw him in pursuit, to which Smith replied, "Yes." When the deputy asked Smith why he didn't stop when he saw the deputy, Smith said, "I don't know."
Smith was charged with speeding, flight from an officer and careless operation and then transported to the Bossier Maximum Security Facility for booking; his bond is set at $1,500.
From Bossier Parish Sheriff 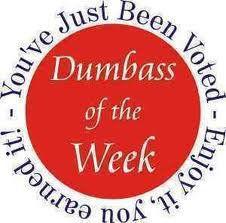 I decided to just concentrate this one on what I consider to be the three worst crimes of 2011 in Bossier.
We still have three weeks left in 2011. I hope I won’t have to amend this and include another.

Celeste Lowe
In January, Wesley and Catherine Lowe were arrested and originally charged with negligent homicide in the death of 5 year old Anna Celeste Lowe. The child died from internal bleeding caused by severe trauma.
After watching the child suffer for two days, Stepmother Catherine Lowe finally took her to Willis-Knighton Pierremont. Celeste had been dead for two hours when they arrived at the hospital.
Catherine Lowe was then charged with 1st Degree Murder, which was later dropped to 2nd Degree. In October, the DA offered her a plea of manslaughter. Just this week Lowe refused the offer.
The trial is set to begin on February 13th.
Wesley Lowe is also set for trial on February 13th on the negligent homicide charge. He also was charged in June with possession of Schedule II & Schedule IV CDS.

﻿﻿﻿ On April 12th, Bossier City was rocked by the triple murder at Bill Norris Appliance on Barksdale Boulevard.
Ten days later, BCPD arrested Gerald Cortez Needham aka Copperhead and charged him with the murders. Needham has a long criminal history and Bossier City detectives zeroed in on him as their prime suspect.
Fast forward to July. A robbery at Emerson’s store in Haughton resulted in the suspect, Robert L. Clark, firing a gun (fortunately, no one was injured). The bullet that was fired came from the pistol used in the Norris killings.
In the continuing story, Needham was charged by the Feds with being a felon in possession of ammunition. 100 bullets were found at his residence when Bossier Police executed the arrest warrant and a search warrant.
Needham was found guilty this week and faces up to 10 years in prison.
Clark has not been charged with the Norris murders, and is not like to be charged. DA Schuyler Marvin said that with a conviction on the armed robbery charge, he will seek to have Clark sentenced as a habitual felon under the ‘three strikes’ law. The case isn’t set for trial yet, but is set for a status conference on January 17th.
"Miss Gaye"
On August 30th, Angela Gaye Haltom was shot to death on a parking lot at First Baptist Church in Bossier City, where she was employed by the Wee Center daycare.
When she left work to go to her car, she was met by her estranged husband, Allan Haltom, who killed her and then killed himself.
Mrs. Haltom had been in District Court that very morning renewing a protective order against Haltom. He also was facing criminal charges from an incident at the family home in Haughton. Haltom had rented a car that his wife wouldn’t recognize when she left work. From there he ambushed her.
“Miss Gaye”, as she was known to the children at the daycare, was well loved by the kids and the parents alike.
Posted by Jim at 10:08 AM 10 comments:

A Day that will live in infamy

Today is the 70th anniversary of the Japanese attack on Pearl Harbor.
Greg Aymond at Central La Politics posted this video from The Times Picayune.  I hope he won't mind me following suit.
Pat also has a good writeup on it at And So it Goes in Shreveport.

It is not a secret, although I’ve seen no official announcement, that Judge Bruce M. Bolin is retiring from the 26th JDC effective the end of January. Judge Bolin has served since 1991. He also served in the State Legislature from 1979 to 1990.
The governor must call a special election to replace him, in the meantime a temporary appointee will be named by the Supreme Court. Quite often a former judge is chosen, and the person chosen cannot run for the position in the subsequent election.
I don’t know when the special election will be held, but I am hearing that attorneys Mike Nerren and Whit Graves are interested in running.
The next election for judges is in 2014, and word is that Judge Stinson and possibly Judge Robinson will retire at that time.
Stay tuned for more when we get it.
Posted by Jim at 4:43 PM 21 comments: