Candidates for the November 4th election qualified this week. Of course we have a Senate race between Mary Landrieu and Bill Cassidy. Along with several other filers, Rob Maness is getting some attention, but it doesn't look like enough to make a big difference. I wouldn't take bets on this one either way.
4th District Representative John Fleming has two opponents, Libertarian Randall Lord of Shreveport and Democrat Justin Ansley of Bossier City. I couldn't find much information on Ansley, but did find a Google+ page. From the content of this page, I'd be pretty certain that this is our guy. Randall Lord's website is here.
Fleming shouldn't break a sweat on this one.
Foster Campbell is running for re-election with one challenger. He should not have a problem getting re-elected, he is very popular in the rural parishes.

The two races that most people are focused on are for Bossier City Marshal, where Carl Wayne Richard (website) is challenging establishment candidate Jim Whitman (website). Richard ran a strong race against Lynn Austin in the special election to fill the spot that was vacated with the unfortunate death of Johnny Wyatt.
Probably the hottest race is for District Attorney, where Whit Graves (website) (Facebook) is challenging incumbent Schuyler Marvin (Facebook). This one is guaranteed to get nasty before it’s over.
Judges Craig, Cox, Nerren and Self are unopposed.  Two judges are retiring; Charles Jacobs will replace Judge John Robinson and Jeff Thompson will replace Judge Ford Stinson.
Tommy Wilson, the incumbent Bossier City Judge, is unopposed.
In Plain Dealing, incumbent Mayor Wiley Joe Robinson is being challenged by Donna Canales, while incumbent Marshal Ronnie Murray has two opponents, Tim Cannon and Chuck Spraggins.
I don’t even pretend to understand the Justice of the Peace districts. They number 1, 3, 4, 5 & 6. A couple of the districts have two judges.
In District 1, longtime incumbent Tom Carleton is stepping down. Bill Shelton has filed for the position. Linda Carter, Cliff Cannon and Homer Sullivan have all filed for District 3. Julia Budwah and Lorraine Ragsdale, the incumbents in Districts 4 & 5 respectively, are unopposed. In District 6 Ron Eastridge, Charles Gray, David Cook and James M Keith have all qualified.
In the races for Constable, Scooter Rushing and Brandon Oswalt have filed in District 1. District 3 has five candidates qualified. They are Jerry Jenkins, Stephen Smith, John Craft, Rick Blalock & Eddie Chandler. Ron Matlock is the sole candidate in District 4 as is Charles Sholz in District 5. Jeffrey Weems, Wayne Berry & Kenneth Stephens have all qualified in District 6.
Last, but certainly not least, are the races for School Board.  There will be some changes in the makeup of the board.
District 1: Incumbent Jack Raley is stepping down and being replaced by Billie Brotherton, the only candidate to qualify. Mrs. Brotherton retired from the school system as a vice-principal and should bring some good experience and perspective to the job.
District 2: Brad Bockhaus is the incumbent and is unopposed.
District 3: Frank Kelly (website), who was elected last year, is being challenged by incumbent Tammy Armer Smith from District 4. I’m assuming this is due to a change in the district’s boundaries. Someone can correct me if I’m wrong.
District 4: Richard Phipps II, Elizabeth Foster and William Lott have all qualified for this seat to replace Tammy Smith.
District 5: Mike Monsour, the incumbent, is unchallenged.
District 6: Incumbent Glen Bullard not challenged.
District 7: Incumbent J. W. Slack not challenged.
District 8: Incumbent Kenneth Wiggins has no challengers.
District 9: Incumbent Eddy Ray Presley is being challenged by Eric Newman. Presley was caught up in controversy last year when he referred to the ‘morons in South Bossier’ in reference to a petition to fire Parkway Principal Nichole Bourgeois. We’ll get into more detail about this one in a later post.
District 10: Samm Darby is unopposed for re-election.
District 11: Shane Cheatham is the sole candidate and will be the new Board member.
District 12: Likewise for Dennis Bamburg who is the only candidate in the district.
We’ll try to keep up with Districts 3, 4 & 9 and update you on those.

If you are a candidate for office and would like to address the voters with your platform for office, please send a few paragraphs to mybossier@gmail.com and we will publish it.  Attach a picture if you like and we’ll include it.
Posted by Jim at 1:36 PM 72 comments:

In Memory of Vol Dooley 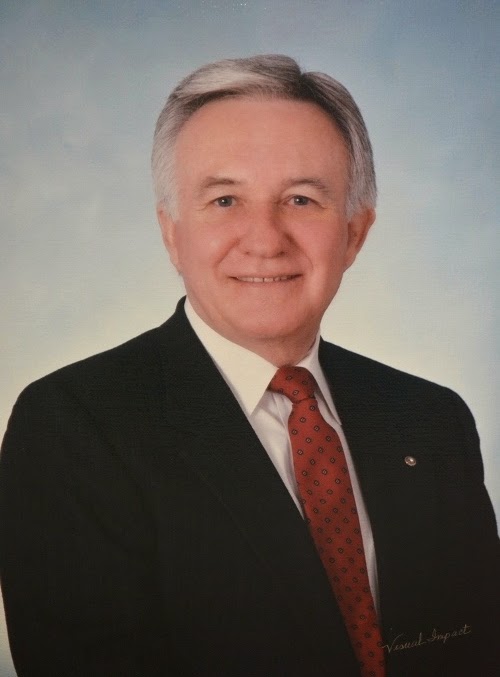 I think everyone in Bossier Parish knew Vol Dooley. The Dooleys lived just down the street from us at the time that I graduated from Benton High School in 1965, just a stone's throw from where our current sheriff grew up. Good family, good people.
I could write a lot here, but will just let the sheriff's press release give the information.
Former Bossier Parish Sheriff Vol S. Dooley, Jr., 87, who served as Sheriff from 1976 to 1988, passed away Monday evening in Bossier City following a lengthy illness.
Dooley began his law enforcement career with the Louisiana State Police in 1950 when he was 23 years old. He served four years as a trooper with Troop G and joined the Bossier Sheriff’s Office in 1954. Dooley served as chief deputy to Sheriff Willie Waggonner and was appointed to fill the remainder of Waggonner’s term when he died in 1976. Dooley then went on to win a special election for Sheriff later that year, and he served as the chief law enforcement officer for Bossier Parish for 12 years until 1988 after losing his re-election bid to Larry Deen.
Upon retirement from the Bossier Sheriff’s Office in 1988, Dooley continued service as the security director for Caddo/Bossier Port Commission until retirement.
He is survived by his wife, Ruth; daughter, Patsy Netherland; sons, Steve Dooley, Mike Dooley, Autry Brown, Dennis Brown and Ricky Brown. He was predeceased by his son, Bubba Dooley.
“Sheriff Dooley committed his life to law enforcement after starting his career as a trooper, then as a deputy and Sheriff and as security for the Port,” said Bossier Sheriff Julian Whittington. “I considered Vol a close friend, and my thoughts and prayers are with his family during this difficult time.”
Visitation will be Aug. 14 from 5 – 7 p.m. at Cypress Baptist Church in Benton, and the funeral service will be held Aug. 15 at 11 a.m. at Cypress Baptist Church, followed by burial at Hillcrest Cemetery in Haughton. Bro. Billy Pierce, former pastor of Cypress Baptist Church, and Chad Mills, pastor of Airline Baptist Church, will officiate.
Posted by Jim at 6:27 PM 7 comments:

In Memory of Trey Hutchison 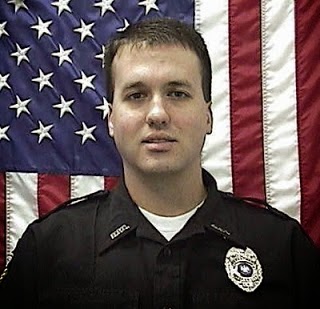 On , Bossier City Police Officer Trey Hutchison responded to a hang-up call on Jana Place and was ambushed when he walked to the door. He was shot twice in the back with a shotgun used by the suspect. The fatal rounds struck him in areas his vest did not protect.


A Police Officer's Prayer
Oh Lord, while I'm on my beat
May I know that you're with me,
And protect me as I go to guard
Other's lives and property.
Help me ignore those who scorn
And show me no respect,
But be mindful of all citizens
I've sworn to protect.
Be with my fellow officers
And guard their safety too.
May I always put duty first
In the work that I must do.
May I not disgrace the uniform
But bring pride to the badge I wear.
That I'd be a good policeman, Lord
Would be my only prayer.
Amen
Posted by Jim at 10:47 AM 1 comment:

Schuyler Marvin made the formal announcement that he is seeking a third six-year term as Bossier-Webster DA. I don't think it was in doubt in any event.
The story of the announcement was on Channel 6, you can follow the link for details. Local attorney and former ADA Whit Graves announced last week.
Marvin Announcement 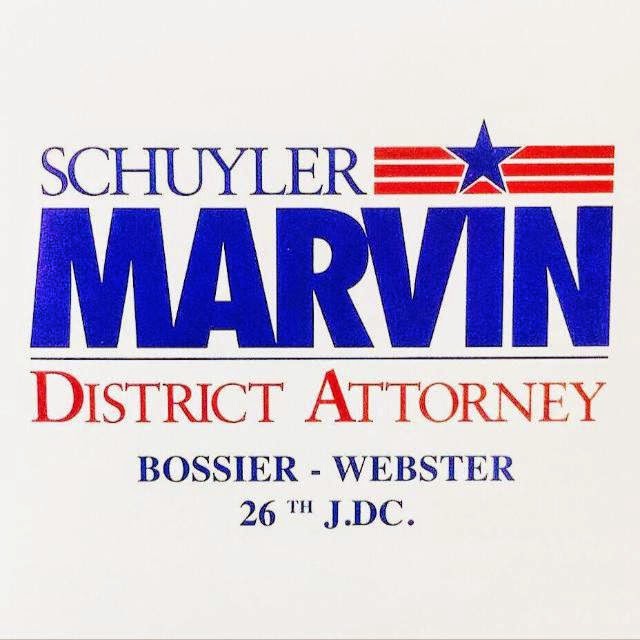