Attorney John Settle has announced that he will appeal the 26th JDC ruling on the School Board bond election.
Judge Jeff Cox ruled Settle did not prove that the Board had misrepesented the proposition as a renewal. He also ruled that any wrongdoing by school officials in promoting the election were a criminal matter, not a civil one.
KTBS stated in their story that “Bossier DA Schuyler Marvin has not returned repeated calls from KTBS as to whether he will review Settle's allegations.”
I can answer that one. Ummmmm, no . . .

To no one's surprise, Judge Jeff Cox upheld the April 21 bond election. John Settle must pay all costs of the lawsuit.
The Times has a copy of the judgment here.
Posted by Jim at 11:18 AM 11 comments:

School Board Suit: No cause of action

Judge Jeff Cox ruled this morning that there is no cause of action in the suit that John Settle filed against the School Board.
Settled filed the suit last week seeking to overturn the April 21st bond election. Settle accused the board of misusing funds which were spent on advertising and promotion of the bond issue, an action which is forbidden by law.
The Judge said that if there was a misuse of funds, it is a criminal matter, not a civil one.
Settle also said that the Board committed fraud when it represented the bond issue as a renewal, when in fact it was a new proposition. Judge Cox hasn't ruled yet on that part of the suit.
UPDATE: Settle asked Judge Cox to recuse himself because he has friends who are connected to the school system. This was after he requested Judge Stinson to do the same because his son is a teacher. Judge Stinson did so.
This time, with Judge Cox, it was a no go.

John Settle has requested that eight people be subpoened to testify in the case to overturn the School Board bond election. They are:
An initial hearing will be held Monday morning in Bossier District Court. I’ll let you know the outcome of that.
Posted by Jim at 12:20 PM 10 comments:

Judge Stinson recuses himself from School Board lawsuit

Judge Ford E. Stinson, Jr. has recused himself from the lawsuit that John Settle filed against the Bossier Parish School Board. Judge Stinson notifed Settle that his son is a teacher at Elm Grove, and as such is an employee of the board. He also said that he could be impartial in hearing the case.
Settle disagreed, and filed for recusal. Judge Stinson signed an order recusing himself and assigning the case to Section C and Judge Jeff Cox. Stinson said that due to the urgent nature of the case, a hearing would only drag it out.
The Secretary of State and the Comissioner of Elections, who were named as co-defendants in the case, were both served. The Board, the Secretary of State and the Elections Commissioner all have 15 days to file an answer.
I'll keep you informed as more develops.
Posted by Jim at 6:40 PM 8 comments:

Bossier City attorney John Settle filed suit yesterday against the Bossier Parish School Board seeking to overturn the April 21st bond election.
The suit alleges that the School Board illegally spent public money to promote the election.
(Bolded sections are verbatim from the suit.)
Article 11 Section 4 of the Louisiana Constitution says: “No public funds shall be used to urge any elector to vote for or against any candidate or proposition, or be appropriated to a candidate or political organization. The provision shall not prohibit the use of public funds for dissemination of factual information relative to a proposition appearing on an election ballot.”
The suit also points out that the State Attorney General has issued an opinion that public funds may not be used for mailings that urge the electorate to vote for a proposition.
“That the BPSB conducted many unlawful activities in the promotion of the subject tax renewal in its successful effort to have the tax approved by Bossier voters, including emails which should be considered to be ‘mailings’ urging the electorate to vote for the proposition.
The official website of the BPSB, along with the websites of most Bossier Parish schools, had a lead article ‘Grow with Us’. This column exhorted its readers to ‘Grow with us, Evolve with us, Invest in us’. The column urged readers to ‘pledge your support for Bossier Schools by not only voting yes on April 21, but by also helping us spread the word that this referendum is critical.
That the BPSB purchased billboard/LED boards with the message ‘Grow with us, Evolve with us, Invest in us. Pledge your support for Bossier Schools by voting yes on April 21st. ‘”
“That, as set forth above, it is obvious that the BPSB utilized public funds and public resources in numerous ways to unlawfully promote the passage of the ‘tax renewal’ and the bond election, including but not limited to the following:
1. Expenditure of public funds for billboards.
2. Expenditure of public funds for tee shirts promoting election.
3. Utilization of BPSB employees to send emails to parents regarding bond and tax election through ‘school loops.’
4. Utilization of BPSB employees to promote the election by urging (if not requiring) that they vote and solicit votes from friends, families and organizations.
5. Utilization of BPSB websites, which are paid for and maintained with public funds, to promote the bond and tax election.
6. Advising the public through the media as well as emails and mailings, that passages and the ‘tax renewal’ would not be new taxes.
That the actions of the BPSB in the utilization of public funds, public resources, and publicly paid employees to promote the election constitutes election irregularities, fraud and/or unlawful activities in the conduct of the election.”
I will keep you posted as to when hearing dates are set or if new documents are filed.

Bossier Parish in the news on two fronts 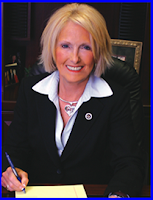 First, Jane Smith, who was recently appointed Undersecretary of the Department of Revenue, has been appointed Interim Secretary. This came on the heels of the sudden departure of Secretary Cynthia Bridges, who has served under three governors.
Although no statement was given as to the reason Bridges resigned, it is widely believed that it was because of  an emergency ruling regarding tax rebates for up to $3,000 on the purchase of alternative fuel vehicles. The administration panicked when they realized that this move could cost up to $100,000,000 in lost revenue.
Smith, who says “So I’m just doing everything I can to assist the governor promote his agenda and that’s why I’m here (at an education meeting) today—to help the governor with his agenda.”, was conveniently waiting in the wings.
Ironically, Smith was the one who pushed through the legislation authorizing the tax rebates.
Louisiana Voice has an article here.
The Times has a story about Bossier ranking among the fastest growing Counties/Parishes in the country. There are more than 12,000 counties/parishes in the U.S., and Bossier is ranked at #91.
Up for discussion – Is it Jimmy Hall’s fault that we are at #91 instead of #1?


The beleaguered Louisiana Municpal Police Employees Retirement System is seeking class-action status in a suit it has filed against JPMorgan Chase and Company.  MPERS wants the status so they can join with other groups who bought JPMorgan Chase common stock, alleging that the company ‘made false and misleading statements and concealed information relating to the company’s trading practices, hedging of risk, risk management, and exposure to risk of loss’.
JPMorgan lost $2 billion as a result of what was described as ‘egregious mistakes’.
The suit was filed in U. S. District court for the Southern District of New York.

Email ThisBlogThis!Share to TwitterShare to FacebookShare to Pinterest
Labels: MPERS 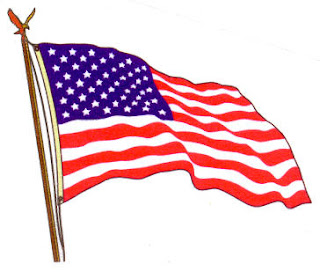 
Looking ahead at the Bossier City elections, there appear to be some races on the horizon.
The last elections saw Scott Irwin, Jeff Darby, Don Williams and David Jones run unopposed. Marsha McAlister ran in an attempt to capture one of two at-large seats, held by Tim Larkin and David Montgomery, Larkin and Montgomery were re-elected.
In District 5, Dr. Rogers had retired, and the seat was contested by Chubby Knight and Larry Hanisee. Knight won, but resigned before the term expired. Larry Hanisee won the remainder of the term in a race against Tommy Harvey in a squeaker, by a two vote margin. I expect a rematch next spring.
Lo Walker was unopposed as Mayor, but this time around Councilman Don Williams is considering mounting a challenge to the two-time incumbent.
If he does, that will leave the District 3 seat open.
I have also heard rumors of a couple of other possible candidates.
As to the Mayor’s race, just for kicks I have put up a poll on the right sidebar.
We’ll get into it more as the year progresses.


The Inquisitor is reporting that the FBI is investigating matters affecting Bossier-Webster District Attorney Schuyler Marvin’s office.
I blogged earlier about  a series of articles published in the Inquistor regarding the DA’s office.
According to Inquisitor sources, FBI agent Chris Plant is heading the investigation.
Among allegations the Inquisitor has reported on in recent weeks are instances of non-prosecution of DWI cases for relatives of employees of the DA’s office.
I will put up more about this by the first of the week. Meanwhile, better grab a copy of the paper at your local store. 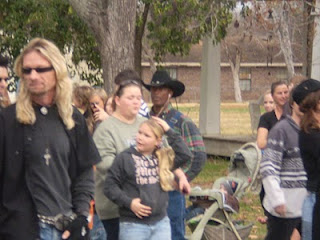