There are times when one person standing up can focus hundreds, even thousands of others to do the same.
Heather Burney Carter is the wife of a Bossier City police officer who was due to be laid off under the budget proposed by the mayor. Instead of sitting back, Heather took the initiative and proved that local government does respond to the people. The proposed budget called for the layoff of 26 police officers and 38 firemen. In the end, only 1 police officer and 8 firemen will be laid off. Regretfully, those people in the academies and a number of other city workers will be let go.
Heather started a Facebook group “Save our Bossier City Police and Firefighters” which ended up with almost 3,800 members. She attended every city council meeting, expressed her views to the concil and corresponded with council members.
Heather agreed to share her experience with the readers of My Bossier. 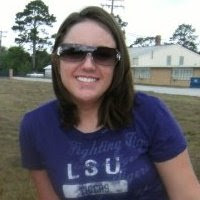 October 16th, 2009 was the kind of day in which something small happens but it changes your life forever.
When I was told that the mayor would be making a statement about possible lay offs for city employees I was concerned. When I realized my husband was one of the people that may be laid off I was devastated. My immediate reaction was to cry and then to pray.
The more I thought about the situation the madder I got. I knew someone had to do something but I quickly realized that most of the people who were involved could not do anything at all because Civil Service rules will not allow them to speak out.
I started sending emails and making phone calls trying to find out what could be done to help and what city officials needed to be contacted. I also started a Facebook group so the families involved would have an easy way to share information, ideas, and concerns.
I went to every city council meeting and tried to find as much information as possible on line so I could make sure everyone knew what was going on and how it affected their families.
My goal in the beginning was for the 2010 budget to have no layoffs. I quickly learned that was not feasible so I changed my goal to saving as many jobs as possible. I had several people tell me that one person could not make a difference and that I should just give up and start looking for my husband a job with a new department.
Several people said I was only adding to the problem. I was also accused of trying to save jobs in the police and fire departments at the cost of other city employees. I can honestly say that was never my intention, but I doubt anyone can say they would not fight for their job given the opportunity. I made it clear to anyone who would listen to me that I would not be quiet and I would not stop fighting until the final vote was cast.
Anyone who knows me personally will tell you that I do not like to speak in public. Making the decision to address the city council was hard, but I knew someone had to do it and none of the other family members were coming forward. In the end two other wives did come forward and speak out for their families. There are not words to express how much it meant to me to have someone who was going through the exact same situation I was in standing with me to take a stand. I told them both that when everything was over, no matter what the outcome, we would know that we did our best to help save our husband’s jobs.
I would not call the final decision a victory for my cause. The city council was unable to present a budget that everyone could agree on but they were able to get a majority vote. The city council was also unable to save all of the city employees from being laid off, but they were able to save some.
My thoughts and prayers are with the families of those being laid off. I personally feel that the council men did the best they could given the current situation.
All of the hard work and stress paid off in the end. When the final votes were cast and I saw the look in my husband’s eyes I knew I made the right decision.
By chance the votes were cast on our eighth wedding anniversary and I can not think of a better gift to either of us.
People will soon forget about everything that has happened over the last two months. They will stop attending the city council meetings, the news will not mention what the families of those being laid off are going through, and people will start to complain about the police again. To the families involved though we will never forget what it felt like to go through this process. How proud we were to watch our loved ones go to work and put their lives on the line everyday knowing they may be laid off in a few weeks.
I never wanted anyone involved in city government to know my name, much less to be on the news and in the papers, but my parents taught me to always stand up for what is right even if it is not was is popular and to always put family first. At the end of the day that is really all I have done.
I am so thankful now to have my life back. I no longer have to ask my boss for time off to attend council meetings. There will no longer be daily emails and phone calls trying to get people care about our situation and get involved. I can go back to just being Hannah’s mom and Officer Carter’s wife. That may not sound like much to some but to me it’s the best news I have gotten in weeks.
I would like to thank everyone who helped with our cause. Several people worked behind the scenes and did not get the credit they deserve.
It’s over, it’s really over.