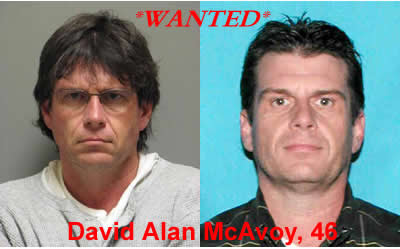 David Alan McAvoy is a white male, 5'11, 240 lbs., with brown hair, brown eyes, and glasses. His last known address is the 2400 block of Vanceville in