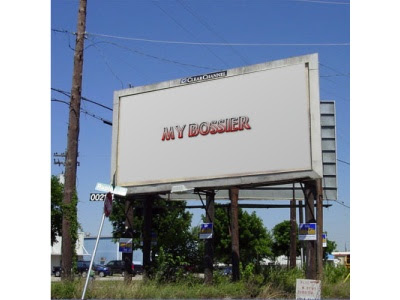 The battle continues over billboards in Bossier City
The Council proposed that when a billboard is destroyed for any reason, it cannot be replaced. This of course met resistance.
"I'm shocked," Joe Kane, general manager and vice president of Lamar Advertising's Shreveport office, told The Times, “I think it's very anti-business."
The advertisers got the MPC to insert a clause in their proposed bill “that would refer city planners to a complicated formula based on the price of the reconstruction to determine whether the billboard should be rebuilt.”
Councilman Tim Larkin expressed unhappiness with the ordinance as proposed by the MPC.
Planning Comissioner Buster Constanzi replied "If they (the city council) are going to keep trying to control us, they're going to get in a lot of trouble.”
Doubtful, when you consider that the council appoints the members of the commission.
We will be interested to see the final outcome.
Posted by Jim at 8:11 PM