Bossier City Mayor refuses to work with council on budget

"I support my budget, this is my budget and I'm sticking with it".
That is the message that Mayor Lo Walker has given to the city council in refusing to work with them in re-working the 2010 budget.
The budget the council is working on will tenatively not take any policemen off the street. People who are eligible will retire, and the five people who are now in the academy will be let go, but not until they complete their training.
As for the fire department, which was due to face 38 cuts, 8 active firemen will be laid off along with the 10 in the academy.
Basically, the plan spares 20 policemen and 20 firemen from the Mayor’s ax.
Of the remaining 37 cuts across different city departments, 16 will be spared and 21 will be laid off.
Every department, including police and fire, will have to make an across the board (except for salaries) 15% cut.
There will be no raises in the Mayor’s office and the travel budget will be cut.
Heather Carter, who started the Facebook group Save our Bossier City Police and Firefighters, has has been working with the council and has provided us with this information.
Heather’s husband is a Bossier City Police Officer who would have been laid off under the mayor’s plan. Heather has worked tirelessly in organizing the group, which now has 3,600 members, and has led the internet effort to save the jobs.
That’s Heather in the picture below with her two favorite people. 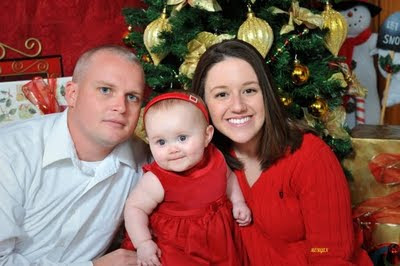