A couple of weeks ago I did a candidate profile on Julian Whittington, former Bossier Parish Chief Deputy who resigned to run for sheriff. Since his resignation, both Sheriff Larry Deen and Undersheriff Doyle Dempsey have said that they will not run.
I emailed Mike McConnell the following questions and told him that in fairness and to present all of the information we can get to our readers, I intended to do a profile on him too. I sent the following questions and asked him to address them.
The Questions
1. I know you have said you are in this until the finish, does that still hold true?
2. All the pundits are saying that Whittington has a huge advantage (and he probably does). What is your response to this?
3. How will you be able to compete financially?
4. Tell me why you would make a better sheriff than Whittington.
5. Has your support softened any since Larry Deen dropped out, or are you gaining more supporters?
6. What is the primary message you want to get out to voters?
The Reply
Jim,
Thanks for the interview for your candidate profile.
I will attempt to answer your questions and also throw in some other things that I know will be of importance to the voters of this parish. 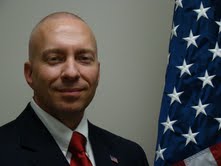 I am an underdog in this race for Sheriff. When I announced my candidacy for sheriff in January, I wondered why Sheriff Deen did not defend his position and also announce his run, especially with a viable candidate challenging him. When Sheriff Deen announced his retirement, it changed the dynamics of this race, and I would like to think that I was instrumental in causing this feat, but humility
dictates otherwise.
Some things in this race will stay the same, but some have changed. I am still committed to this race and to the people of this parish to the very end, and it is no secret that Larry Deen’s old money backers have aligned themselves with Chief Whittington. It is also no secret that under my command, the Bossier Sheriff’s Office will no longer be for sale.
My message is clear: My duty is to the citizens of this parish and to the employees of the Bossier Sheriff’s Office. First, my dedication and pledge to the citizens of this parish that their safety is first and foremost the most important thing to me. The north and south ends of this parish have been neglected for far too long. One deputy patrolling from the Bossier City limits to the parish line during the evening shift is inexcusable. The same holds true for the Plain Dealing area. One deputy patrolling over 230 square miles is poor management. And to compound things, 4-6 deputies for the whole parish on graveyard shift is reckless and has great potential for liability. As it stands now, the citizens see a large number of deputies patrolling during the daytime which gives the impression that there is the same protection at night while the citizens are indoors or sleeping. This is only a perception because there are more deputies on day shift than evenings and graveyard shift put together. I will implement a program that could double the patrol deputies on the streets at any given time. I will utilize the corrections deputies from the jails who wish to expand their horizons and knowledge to ride out on patrol with an experienced patrol deputy. This will have a great impact on morale and benefit the citizens for whom we work. Also, there is no extra cost to taxpayers. This is a win-win for both the citizens of this parish and the sheriff’s office.
I will implement a “Citizen Ride-a-Long Program” where citizens can ride with patrol deputies for a firsthand account of how their sheriff’s office is working towards a more secure future. 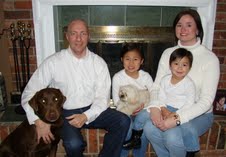 I will implement a “Wayward Youth Ride-a-long Program” where high school aged youth will also have the opportunity to ride with a patrol deputy to see how poor choices could and will have a negative impact on their future (parent’s permission/liability wavier of course) .
Second, my duty to the hard working employees of the Bossier Sheriff’s Office will be second to none. As of now, rank has only been given to those who can benefit the Sheriff. The sheriff’s office has many knowledgeable people within its walls who would make fine supervisors, but unfortunately, they will retire without any rank. I will implement a true rank structure within the sheriff’s office where All who wish to rise above will have the opportunity to do so. Under my command, the “Good ol’ Boy” system dies with my predecessor.
I must also mention that no administrator or employee will lose their job, nor will I change the retirement system when I take office. They have worked with worse; I only request that they work with me to better the parish and the sheriff’s office. These are hard times and I will not place undue or unneeded burdens upon the employees of this sheriff’s office.
On October 22, the citizens of this parish will have to decide what type of Sheriff they want. We have two totally different backgrounds. Chief Whittington has been an administrator for many years, and with that, I feel he has lost touch with the community and policing in general. I, on the other hand, have stayed abreast of crime and crime causation, and I am kept current on crime trends through continued education.
The first thing that I will do as Sheriff is to speak to the employees about my plan for greater morale and ease their fears of a new administration. I will stay connected with citizens by traveling around the parish speaking to civic organizations and church groups about “Domestic Violence” and “Personal Safety”, which I already do.
Posted by Jim at 2:43 PM