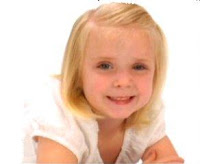 Jamie Mercer, the mother of five year old Anna Celeste Lowe, who was taken to WK Pierremont last January two hours after she had died, filed suit for damages Tuesday in Bossier District Court. The suit names as defendants:

Wesley Lowe (Father of the child)
Catherine “Cat” Lowe (Step-mother of the child)
State of Louisiana, Department of Children and Family Services
Tameika Monday (Employee of Children & Family Services)
Larry C Deen (Sheriff of Bossier Parish)
Debra McKay (Detective)
Buddy Caldwell (State Attorney General)
Louisiana Office of Risk Management
Mercer's suit alleges that the Department of Children and Family Services placed Anna Celeste into the custody of her father and step-mother without investigating Lowe and his background, and if they had done so would not have placed the child with him based on their own criteria. It further alleges that the Department did not conduct a home inspection or evaluation of any sort.
The suit says that on December 9, 2010, a teacher reported suspected abuse of Anna Celeste to the Sheriff’s Office. Detective McKay spoke to Wesley Lowe, in whose custody Anna Celeste was at the time, and with someone with the Department of Children and Family Services. Both Lowe and the Department blamed Jamie Mercer. Detective McKay did not contact Mercer. Mercer says that if she had been contacted, she could have told the detective that she had not seen Anna Celeste since October 30, over five weeks prior to the teacher’s report.
Mercer is being represented by Attorney Charles L. Kincade of Monroe.
Catherine Lowe was charged with 2nd Degree Murder by DA Schuyler Marvin. She was due to go to trial on February 13, but on January 6 her attorney, Randal Fish, was granted a continuance until May 21. The case is being heard by Judge Bolin.
Wesley Lowe has been charged with Negligent Homicide and trial is set for February 13.
Posted by Jim at 9:53 PM