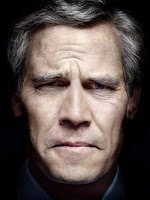 It's been a busy year for the Shreveport movie industry.

Josh Brolin appears as George W. Bush in "W.," directed by Oliver Stone. It will be filming through July. The production also has found locations to double for Crawford, Texas; Kennebunkport, Maine, and even Colorado. It will erect White House sets inside StageWorks of Louisiana, a large soundstage in downtown Shreveport.

The productions have tallied more than 1,500 temporary crew jobs, well more than 14,000 nights in local hotel rooms and 379 production days. So far this year the 14 movies have totalled $185 million in production value.