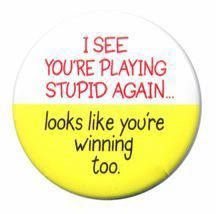 House Republicans balked at the $700 billion giveaway, insisting that the government not do the bailout, but that Wall Street itself come up with the money and that Treasury Secretary Paulson's powers be restrained.
The government wanted the taxpayers to foot the entire bill and for Paulson to have broad powers to implement the bailout.
Due to the hard work of the house conservatives, a compromise was reached. The taxpayers will foot the $700 billion dollar bailout and Paulson will have broad powers.

From The Washington Post:
Congressional leaders and the Bush administration this morning said they had struck an accord to insert the government deeply into the nation's financial markets, agreeing to spend up to $700 billion to relieve Wall Street of troubled assets backed by faltering home mortgages.
House and Senate negotiators from both parties emerged with Treasury Secretary Henry M. Paulson Jr. at 12:30 a.m. from a marathon session in the Capitol to announce that they had reached a tentative agreement on a proposal to give Paulson broad authority to organize one of the biggest government interventions in the private sector since the Great Depression.
Posted by Jim at 10:03 AM