Bossier Sheriff needs to re-think his attitude toward his constituents 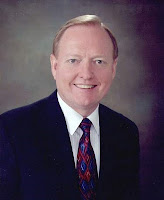 By law, Sheriff Larry Deen had to hold a hearing on his announced increase in property taxes. Rather than providing a decent space and amount of time for the hearing, the sheriff crammed the people who attended into an office and then put an arbitrary time limit on the meeting.
The sheriff apparently had no interest in hearing the citizens and showed total disdain for them when he told the people at the meeting that ‘state law’ required that he could only give 15 minutes to public comments.
Either the sheriff doesn’t know the law, which is a scary prospect, or he was being disingenuous with his constituents.
Or perhaps I’m wrong, perhaps state law does say that. If someone with the sheriff’s office will send me a copy of the law, I will be glad to retract that and publish an apology to the sheriff.
In the meantime, we will address the sheriff’s bad performance as we see it.
Citizens have a right to speak out. That’s what a ‘hearing’ is for, hence the name. According to Drew Pierson in The Times, the sheriff's budget has more than doubled in the past six years, going from $15.6 million in 2004 to $35.5 million in 2009. That’s a hefty increase. The budget of the entire parish is $45 million. If the sheriff needs another million or so, he needs to get specific as to where a potential shortfall lies and why. I don’t understand why, if it is a legitimate need, the sheriff didn’t open up and explain it to the people.
I also don’t understand why the sheriff didn’t use a larger space, such as the police jury room, to hold the meeting. This ‘them and us’ attitude doesn’t serve the sheriff well at all, and creates division where there really wasn’t any. The group that did gather was not a bunch of malcontents, but citizens who are genuinely concerned.
Matt Sciba of the Shreveport-Bossier Tea Party said it best. “"The integrity of the sheriff's department is not hinged on this tax. If the millage is not raised, that professionalism will not disappear."
Overall, I believe the sheriff has done a good job. That makes it harder to understand his actions. He would serve himself well to listen to the citizens of Bossier Parish – all of them, not just the ones who tell him what he wants to hear. They are not his enemies.
Posted by Jim at 8:58 AM