Bossier and Caddo Races Shape Up 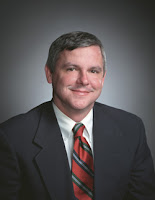 Bossier-Webster Parish (26th JDC) District Attorney Schuyler Marvin (picture) is unopposed in the election this fall, so he will be the DA for another 6 years. Neither Bossier City Judge Tommy Wilson nor City Marshal Johnny Wyatt drew opposition, so for practical purposes they are re-elected.

The only 26th JDC Judge who drew opposition was Dewey Burchett. Attorney Mike Craig filed for the Division A position against the incumbent Burchett.
In Caddo Parish (1st JDC) two judges have recently been convicted of corruption charges and two others have resigned. Contested are Division J where Carl Henry Franklin, Ramon Lafitte and Ron C. Stamps have filed and Division I with Eddie Brossette, Joe Greenwald and Craig Marcotte seeking the position.
Outgoing 30 year DA Paul Carmouche, who is retiring to run for congress, leaves a void which Charles Scott and Craig Smith are hoping to fill. Judge Scott has been endorsed by Caddo Sheriff Steve Prator and this carries a big punch in Shreveport.
The other notable race in Caddo Parish is for Marshal of the Shreveport City Court. Charlie Caldwell has filled the position since Jimmy Dove resigned earlier this year. He is being challenged by Jack Collins and by former police chief Mike VanSant.
I have searched for candidate websites and have linked to the ones I could find. If you have a link to other candidates, please email me and I will include the link.
Sheriff Prator endorses Scott
Posted by Jim at 7:16 AM