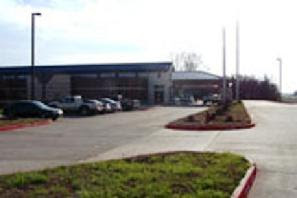 Susan Duhon came to plead for her husband, whose care in a war veterans' home in Bossier City is being affected by state privatization efforts.
In Duhon's case, a $2 million cut to the five state war veterans' homes has affected the care received by her husband, Joseph Ray Duhon, a retired Air Force colonel who suffers from Alzheimer's disease and lives in the Northwest Louisiana War Veterans Home.
Before the budget cuts, each of the homes had a full-time physician and pharmacist on staff. But in February, the state began contracting out the services to private providers. The result, Duhon said, has been poor service, increased bureaucracy and higher co-payments for prescription drugs.
"This system is not efficient, and it certainly does not take care of the veteran in the way he or she should be cared for," Susan Duhon said.
Excerpt from KSLA
Carolyn Roy also wrote a follow-up here in which a spokesman for the Louisiana Department of Veterans Affairs disagreed that the quality of care has decreased.

State Senator Robert Adley said "We had a commitment from the governor's office this past year that these cuts would not occur. Apparently, they have changed their minds, in our world, your word is all you have and a handshake's all you got. I'm surprised that changed, but we will be doing everything we can to get them back. Let me make this clear, in this state, we dedicate money to ensure that our policeman, our firemen, our school teachers are never cut. We even dedicate money to ensure that our Department of Wildlife and Fisheries is not cut. These are veterans, laying in these war veterans homes that are in critical need. They should be at the top of that list."
Excerpt from the Times Picayune

Rex has a form letter at Conservative Drink if you want to use it to contact your representative, Senator and the Governor.
Posted by Jim at 8:55 PM