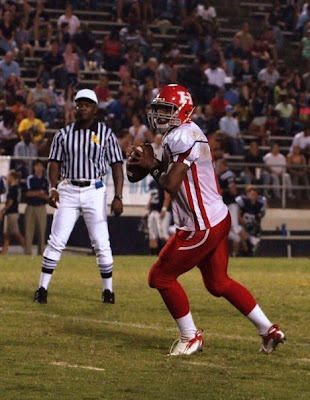 Haughton quarterback Dak Prescott visited with LSU head coach Les Miles in Haughton today, and was offered a scholarship. Prescott had made a verbal commitment to Mississippi State earlier this year, but has not officially signed with the school.
According to The Times, Haughton head coach Rodney Guin said “He wants to play quarterback, and they offered him as a quarterback.”
Mississippi State was the first SEC team to make Prescott an offer. LSU is also having talks with former Georgia quarterback Zach Mettenberger.
How great would it be to see a Bossier Parish QB leading LSU within a couple of years?
Posted by Jim at 5:39 PM