Justice in action in Jefferson Parish 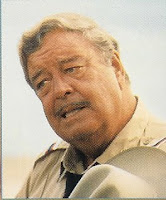 In a very strange case from Jefferson Parish, a man has been charged with impersonating a police officer.
Herman Justice of Louisville, Kentucky (no word if he's related to Buford T. Justice of Texarkana), pulled over a woman on Interstate 10 who he claimed was drunk and had his girlfriend call the police to report the stop.
Justice had a security guard's badge on him at the time of the stop.
Andy left a comment with a link, so I'm going to call him out like a 7th grade teacher - Andy, want to share that note with the class?
Here is it:
Posted by Jim at 3:25 PM