The unfortunate and untimely death of Bossier City Marshal Johnny Wyatt shocked everyone. The people’s business, however, must go on.
Chief Deputy Rick Ware will act as marshal until a new election takes place.
The next step is for the City Council to meet and call for an election. The next regular election date is April 2nd statewide, so that will probably be the date that will be chosen.
I am also hearing that the Police Jury will put forward a proposition at that time, no details yet.
Acting Marshal Ware is a resident of Shreveport and so is not eligible to run for the office. 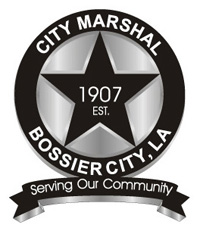 Lo Walker’s right hand man, Lynn Austin, has privately stated his intention to run. Austin, a former police chief, currently serves the mayor as Chief Administrative Officer of the city. Austin also served as interim police chief until the installation of current chief Shane McWilliams.
His close association with the mayor will help him in the sense that he will garner some ‘establishment’ support. That same association could also hurt him due to voters who are still smarting over the way budget cuts were handled by the administration last year.
Rumors have been circulating that former Police Chief Mike Halphen may be interested, but so far Halphen has said nothing. He is also allegedly interested in running for sheriff next year, or for mayor in 2013.
Former police officer Sam Wyatt has also expressed interest in running for marshal. Wyatt wrote a couple of guest blogs for My Bossier dealing with MPERS – the police retirement system, on whose board he served.
Wyatt was with the police department for a number of years, nine of them as a detective. He currently works for Chesapeake Energy as Senior Security Officer dealing with corporate security and ethics.
He holds an Associate of Criminal Justice from Bossier Parish Community College, a Bachelor of Criminal Justice from Louisiana State University in Shreveport and a Master of Business Administration from Centenary.
These qualifications, along with Wyatt’s lack of ‘good old boy’ status, could serve him well with the voters.
A couple of other names have been mentioned, but short of Mike Halphen jumping into the race, at this early stage I am looking for an Austin-Wyatt race.
UPDATE
Since I posted this, I talked to Sam Wyatt on the phone and he told me he had decided not to run.  He then emailed me this statement:
"I am humbled and very honored that so many people have contacted me about running for Bossier City Marshal. Although Johnny Wyatt and I are not related I have always thought of him as family. He was a friend, a confidant, and a mentor. The loss of Johnny Wyatt for myself as well as Bossier City cannot be placed in words. I have prayed and asked for Gods guidance in whether to run or not, and I have decided not to run for the election. Rick Ware and the men and women of the Bossier City Marshal's Office are some of the finest I have ever worked with in law enforcement. I strongly suggest to the person who becomes Marshal, to keep the Marshal's Office as Johnny Wyatt has built it. I am therefore supporting Lynn Austin for Bossier City Marshal."
Of course, I can't just stop there.  I do believe we will see more of Sammy Wyatt in the political arena in the next couple of years.
Posted by Jim at 5:05 PM