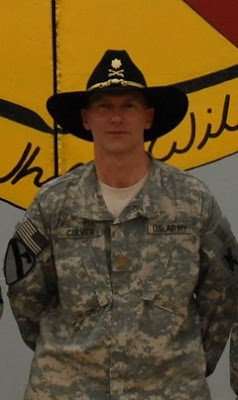 Our heartfelt sympathy goes out to the family of Major Wayne Culver, who was killed in Numaniyah, Iraq early this week. Major Culver was the brother of Bossier City Police Sgt. Shane Culver.
He was executive officer for the 2nd Squadron, 108th Cavalry Regiment, based in Shreveport.
He grew up in Blanchard, was an Eagle Scout and graduated from Northwood High School.
Congressman Mike Ross of Prescott issued the following statement:
“Our state and nation lost a true patriot in the passing of Major Wayne Culver. He was a beloved son, husband, and father, a revered businessman and community leader and a proud solider. His passing comes much too soon and he will be deeply missed. All Americans owe Major Culver their eternal gratitude for his selfless sacrifice.
“There is no way we can ever thank Major Culver or his family enough for his service, but we can honor his legacy and life and pledge together to support all of our men and women in uniform who heroically serve this great country of ours.
“My deepest thoughts and prayers and those of all Arkansans and Louisianans are with his wife, Tracey, and the rest of his family during this extraordinarily difficult time.
Posted by Jim at 12:08 PM