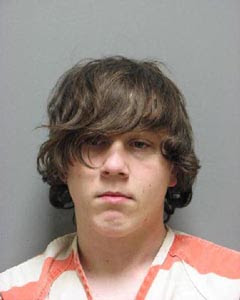 A Bossier City teenager was arrested Tuesday afternoon for witness intimidation, according to Bossier Parish Sheriff Larry Deen. Jacob Marvin Husser, 18, of the 5200 block of John Wilson Drive, was taken into custody after he intentionally intimidated a witness who was sitting in the back seat of a Bossier Sheriff’s investigator’s vehicle. The investigator was interviewing a witness regarding a number of crimes Husser has committed. While the interview was in progress, Husser pulled up to the investigator’s vehicle and told the witness he better not talk.
The investigator told Husser to leave, but he circled the block and came back a second time. He gave the witness a very intimidating look and again told him he better not talk. This was done in a very aggressive manner, making the witness fear for his safety.
Husser was transported to the Bossier Maximum Security Facility and booked. His bond is pending.

Also from the Bossier Parish Sheriff 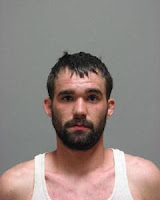 A Princeton man was arrested early Sunday morning for false imprisonment, domestic abuse battery/child endangerment, domestic abuse battery/strangulation, battery and aggravated assault, said Bossier Sheriff Larry Deen.
Daniel Kenneth Raleigh Randall, 21, of Acorn Hill Loop, was taken into custody after he choked his girlfriend in the presence of two minor children, threatened his girlfriend’s mom with a gun, refused to let his girlfriend leave and choked his neighbor. The neighbor told Bossier Sheriff’s deputies Randall attacked him because he let Randall’s girlfriend call the Bossier Sheriff’s Office from his residence.
Randall’s girlfriend told deputies she and Randall have been living together for about two years. She said Randall came to the residence drunk, started yelling at her and choking her. She was able to get away and go to the neighbor’s house, but eventually, she went back to her house where Randall grabbed a gun and threatened to kill her and her mother. The girlfriend told Randall she just wanted to leave, but Randall said no one was going anywhere. She said Randall was waving the gun around while he was saying this.
Randall was transported to the Bossier Maximum Security Facility and booked. His bond was set at $21,500.

Randall has a history in Bossier Parish of violent behavior and drug possession and has been charged several times. Here is that record. The Domestic Abuse Battery charges and the Simple Battery charge were all committed against the same female. In a number of domestic abuse cases, the injured party asks that the charges be dropped. I don’t know if that is what happened here, but I wouldn’t be surprised.