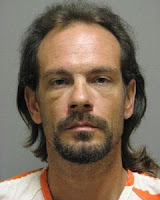 Trial begins tomorrow in Bossier Parish District Court in Benton for Matthew Fite, who is accused of 2nd degree murder in the death of Dorothy Gail Wilson. Fite allegedly had acquired an 8-ball (3.5 ounces) of methamphetamine and gave Wilson about ¼ of it and a needle so she could ‘shoot up’. Wilson died of an overdose. She had no other drugs in her system at the time of death.

But, you know, really he’s a good boy.

As is customary in these cases, the defense has had family and friends write letters to the judge to be officially recorded. The recurring theme is that he needs to be home to take care of his mother.

The ‘boy’, by the way, is a 39 year old man who apparently is still living with mom. Taking care of her? Not so much. Let’s look at the ‘good boy’s’ activities over the last few years.

This doesn’t include multiple charges of driving under suspension, speeding, no drivers license, no insurance and various other traffic charges. Fite is also subject to a civil suit for damages filed on behalf of Wilson’s child. I didn’t go into detail on the outcome of each charge, suffice it to say that Fite had multiple convictions, and was on probation when he was arrested for the 2008 charges. I'll keep you posted.